About OPST and Micro Skagit - Talking to Silja Longhurst 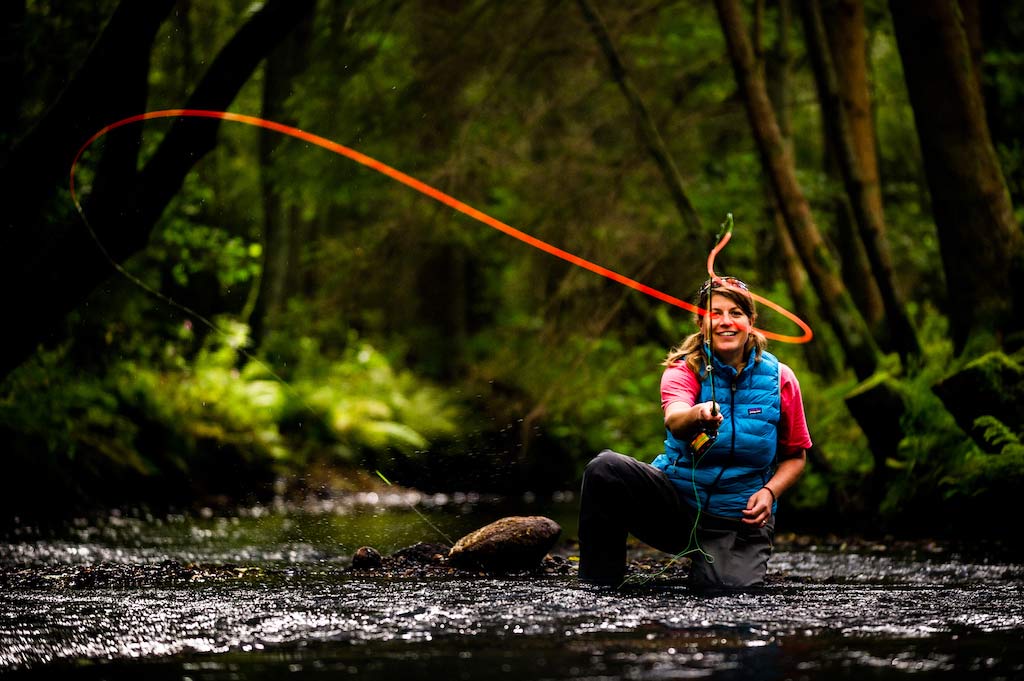 Fishing with short shooting heads has experienced a real boom in Europe in recent years. One of the reasons for this are the shooting heads from OPST (Olympic Peninsula Skagit Tactics), which were developed on the banks of the famous Skagit River in British Columbia and optimised for the casting technique of the same name. But Silja Longhurst proves that shooting heads like the OPST Commando are not only excellent for fishing Steelhead or King Salmon. We talked to Silja about OPST, the advantages of fishing with these heads and the possible applications for our domestic fishing.

adh-fishing: Silja, you arewell  known to many fly fishers from fly fairs where you show in your casting demos how effortless fly casting can be. But you are also at home at casting competitions. Where does this passion for fly casting come from?

Silja: I'm a movement person. I suppose it has something to do with my dance training. I have a MA in Dance Studies with a focus on performance and movement analysis. It is incredibly interesting to observe how the body travels through space and time. Nerdy, I know :-D But the absolute perfection in a movement to achieve a goal plus my competitive spirit probably make me a good competitor. 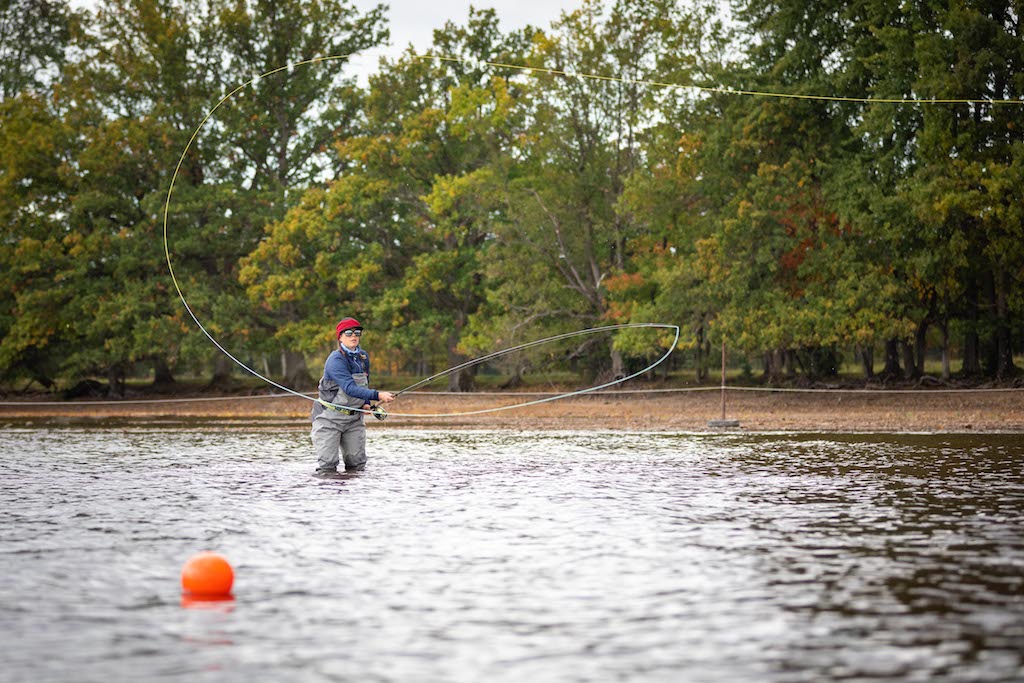 adh-fishing: Many casting instructors can be found more often on the green, on Facebook or in casting forums than on the water. With you it is different! You are a passionate fly fisherwoman. Where do you feel more comfortable: on the meadow or on the river and coast?

Silja: Definitely by the water. It's what I live for.

adh-fishing: That does not surprise us! Because besides your work as Sales Manager for Balticflyfisher (sales rep for Echo and OPST) you are also working as a guide. What fascinates you about this job and to which waters do you prefer to guide your clients?

Silja: I love to meet people who are as crazy about fly fishing as I am. To meet and accompany people from other cultures and to show them our fly fishing culture, waters and our beautiful fish. A world without borders. In addition, guiding brings together all my aspirations as a fly fisher: knowing nature and your waters, but also fishing techniques and casting techniques. When the 3 things harmonize with each other, boom "fish on".  A fantastic feeling as a guide. Then it doesn't really matter in which waters or on which fish species.

adh-fishing: Through casting, guiding and your work at Balticflyfisher you have come into contact with the products of OPST and it is obvious that you are completely convinced of fishing with these special shooting heads. Where do you see the advantages over conventional fly lines?

Silja: First of all I think I have to emphasize that I love fishing with longbelly full lines as well, be it with one or two hands. But the application must make sense. The most important thing as a fly fisher is to be versatile. It's all about adapting to the water and the fish. I fish in many different waters: small, big, wide, narrow, overgrown, open, slow, fast, wind, storm etc. Depending on the water I choose my tackle and here the OPST heads offer a very simple solution. The OPST lines help in tight spaces and the sink tips are super easy to get out of the water. The OPST lines also help me a lot with guiding, because here on the coast it is all about long casts. For my customers this is a relief, because you can easily reach long distances and therefore you can enter the fishing zone without much casting practice.

adh-fishing: Originally, the OPST shooting heads were developed for the Skagit style. The Skagit style is known from fishing for steelhead, king salmon etc. Mostly it is about transporting large and weighted flies effortlessly; even in strong winds. But are showing again and again that the OPST heads designed for this purpose can also be used very well in other ways, for example on a trout stream. But what do you have to keep in mind about smaller waters?

Silja: The OPST lines are super cool for spring fishing on the river or stream. They are also "fun" for dry fly fishing with foam-flies, such as the Chernobyl Ant. Simply ingenious :-D However, these lines perform like a racehorse. You have to rein them, otherwise they go through and splash on the water. Therefore my tip... throw very gently, take all the power out of the cast.

adh-fishing: On the trout river it can be seen that fishing with short, light two-handed rods has become enormously popular. These so-called Micro Spey Rods are ideal for your OPST shooting heads. But you can also cast them with a normal single-handed rod. What do you see as the differences and respective advantages?

Silja: In general, you can act faster with a single-handed rod. A Micro Spey rod makes it possible to achieve a little more casting distance with ease. For many people fishing with a two-handed rod is easier on the body because you use both halves of your body. But I see no other advantages. It is more about what you personally prefer.

adh-fishing: Currently you have two shooting heads in your program: The classic Commando head (floating) and an intermediate head, the Commando Groove. Both heads must always be combined with a matching tip. What do you have to pay attention to and how can you noticeably influence the head with a tip?

Silja: Two things are particularly important. First: When using the tip in combination with sinktips you should always have a 3:1 ratio in your head at the beginning, i.e. the tip should not exceed 1/3 of the head weight: e.g. when using a 300grain Commando Head the tip should not weigh more than 100grain. Second: The OPST lines are very short and have a short momentum in the air. This can be influenced by an extra floating tip + (followed by another sink tip or even a polyleader). This makes the line more stable in the air. Especially recommended for long distance casts, e.g. when using overhead casting on the coast. 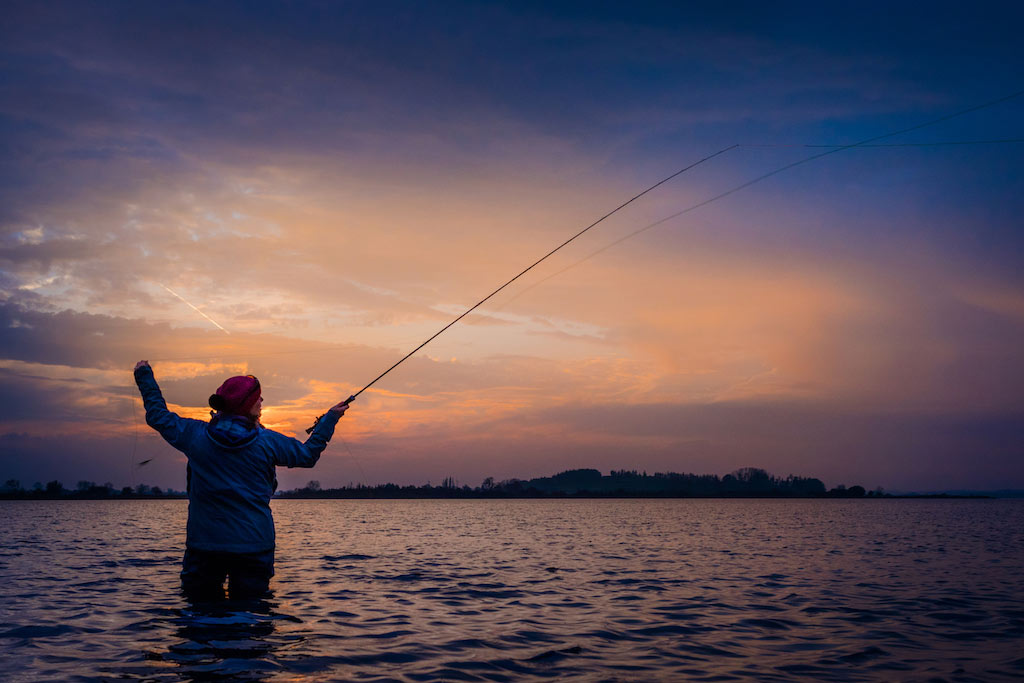 adh-fishing: You live in Copenhagen/Denmark and fish a lot for salmon (e.g. on Skjern), but also for sea trout on the coast or for pike. Can you tell us about your favorite OPST setups?

Silja: These are my favorites for salmon, sea trout and pike.

Silja: Wait, wait drink a dram… :-D The Skagit style is based on casts that existed long before Skagit. This group of casts is also called "Waterborn Anchor Casts". This term describes quite well how these casts are constructed. To change a casting direction, the fly is repositioned on the water surface. This repositioning and the corresponding pause is called "Sustained Anchor".

adh-fishing: After the success of the OPST shooting heads, last year you full fly line (Opst Pure Skagit Commando Smooth) has been introduced. What is the idea of this line?

Silja: The idea was to offer a Micro Skagit full fly line for those who don't want or like to cast with shooting heads. These lines offer a great alternative - especially for stream and river fishing for salmonids.

adh-fishing: What can we expect from OPST in the future? Sea Trout anglers would be happy about transparent tips for example. Can you already give us a little preview of upcoming products?

adh-fishing: Thank you, Silja, for your tips & tricks. We wish you continued success with your casting competitions and of course tight lines for your time on the water. 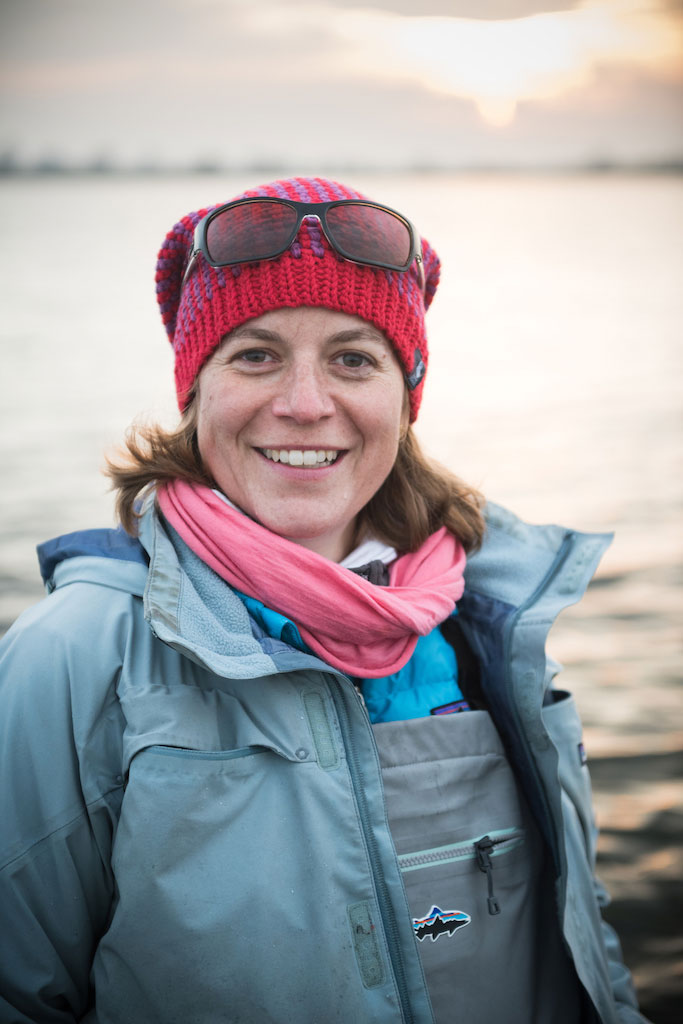 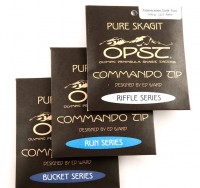 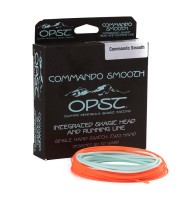 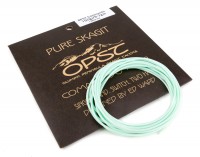 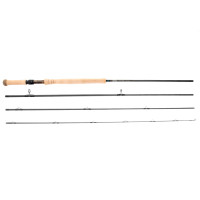 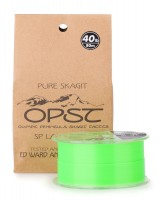 Opst SP Lazar Running Line 50m Fluo Green
Content 50 meter (€0.74 / 1 meter)
€36.90 *
Order No.
P-08313
We use cookies to optimise site functionality and give you the best possible experience. By further using adh-fishing.com, you consent to our use of cookies for this purpose. More information
OK, got it