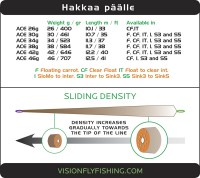 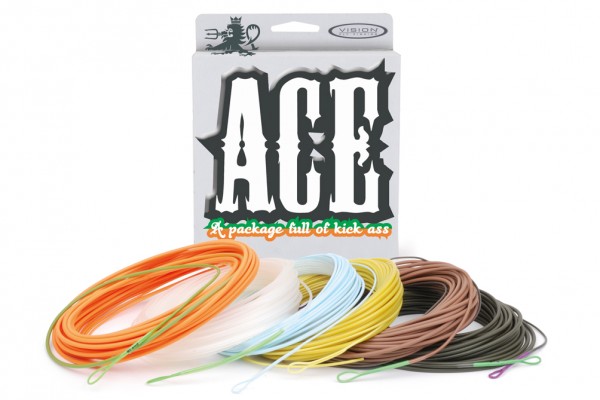 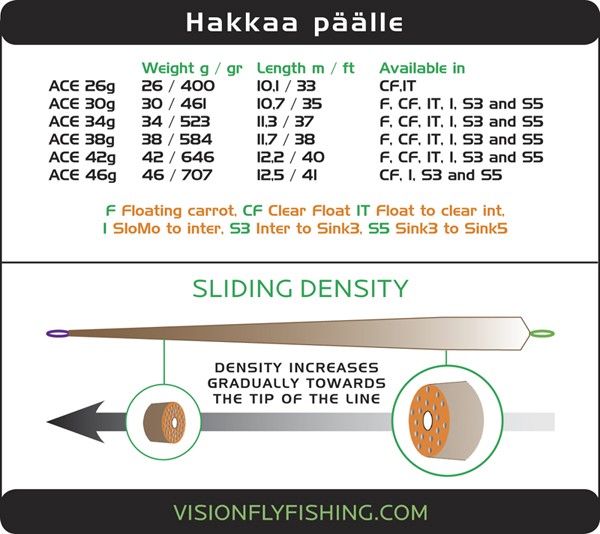 The well-known ACE – shooting heads are now made even better. These new heads have all the necessary features like super slim and strong loops on both ends, printing on the loops telling which end attach to running line and the weight & the sinking/floating speed of head. They are also built over supersensitive low stretch core so you’ll feel even the lightest take.

The biggest and most radical step over the other shooting heads is the Sliding Density™ construction of the sinking heads. Instead of making the line with two or even three different density materials Vision has made these lines with continuous change of the density. So for example the Inter to Sink3 head’s density changes gradually from intermediate to Sink3. This way they have made a line which doesn’t have any hinging effect during the cast. It flies in a really nice and controlled loop offering extremely good energy transform turning over even really big and heavy flies. With the Sliding Density™ construction together with the new taper Vision has been able to make easy to cast sinking heads.

The other thing with these heads is the Down To Earth colours. These lines should blend to the colours of the riverbed. So the sinking lines’ colours are chosen to be brownish & greenish because that’s what the stones and the bottom of the rivers often are. The Floating Carrot with its HiFlo™ - coating rides very high on the surface and with carrot orange colour it is very easy to see and follow exactly where your fly is. The Clear Float has a different approach. It is fully transparent so it minimizes the shadow it casts to the bottom. Shortly, you’ll spook less and hook more. It floats lower than the Carrot, just about on the surface, so the surface disturbance during the swing is minimal. Lower floating adds also friction when casting so it loads your rod easier. 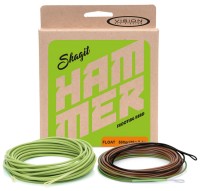 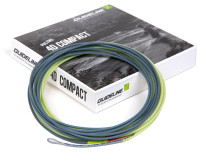 Vision ACE Head and Tip Wallets
€13.00
We use cookies to optimise site functionality and give you the best possible experience. By further using adh-fishing.com, you consent to our use of cookies for this purpose. More information
OK, got it