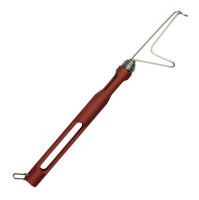 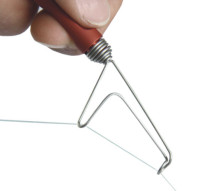 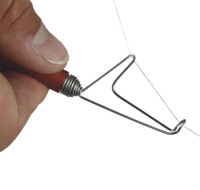 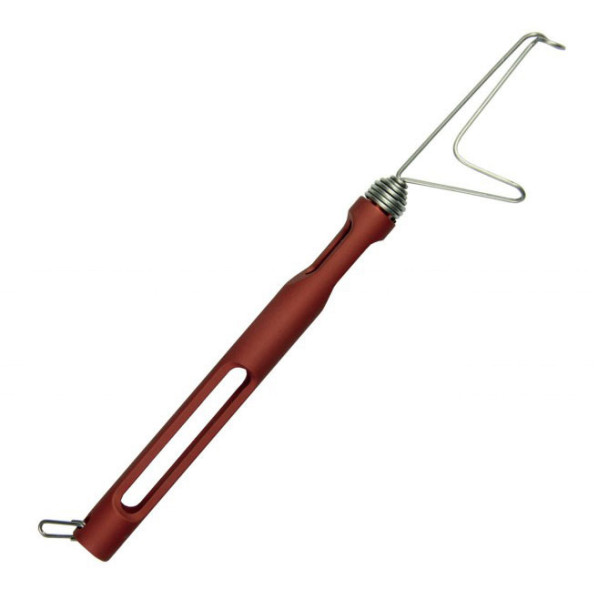 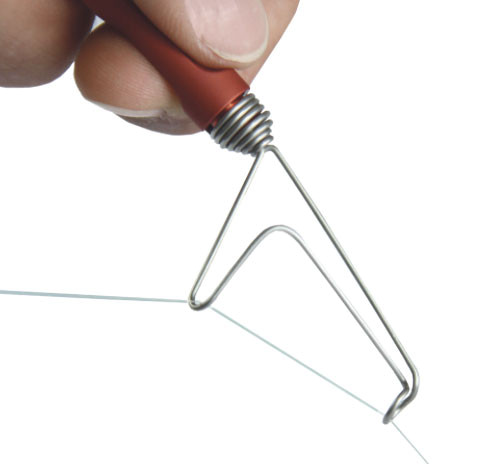 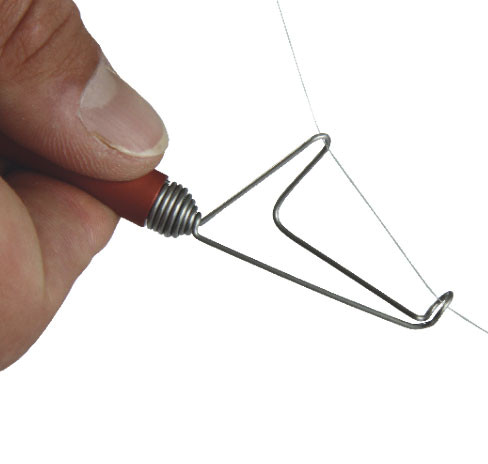 The high quality tying tools from Marc Petitjean (Switzerland) have enjoyed great popularity for many years. No surprise to us, because in terms of workmanship, design and functionality there is hardly anything better on the market. And also the MP accessories for fly fishers are 100% tested for their practical suitability and well thought out from A to Z. Just like the MPT200 - the Petitjean Releaser. A small tool to remove dry fly hooks and nymph hooks quickly and easily from the fish's mouth. Without touching it and possibly injuring its sensitive skin. A very practical help for all those who want to release smaller fish gently and quickly. Simply place the MPT200 Releaser on the leader, lead it to the hook and pull it away carefully. That's it!

Marc Petitjean about the MPT200:

"More and more countries are going over to catch & release regulations, where you have to release all fish under the legal size. Many fisheries also have a ‘No Kill’ policy, where all fish have to be released. I am a strong advocate of catch & release, and believe it to be very important for the sustainability and future of the wild fish stocks. For the same reason I prefer fishing with barbless single hooks. It is each individuals responsibility as a fisherman and a steward of this beautiful planet that we hand it over to the next generation in as good behold as possible. Knowing the advantages of using the MP-bobbin holder, I created the MP-releaser, which solves quite a few of the problems when releasing fish, responsibly and humanly. This tool allows you to easily and effortlessly introduce your tippet securely, without fear of it falling out. The integral spring, gently absorbs any movement of the fish. You draw the tippet towards you, and when the MP-releaser reaches the hook, the fish will be automatically released, without you having to handle the fish or remove it from the water. Another trick with this tool: You can easily and quickly release your tippet from the tool, just with a flick of the wrist, if the fish decides to take another run." 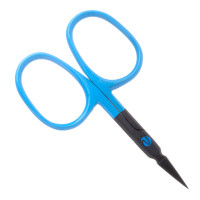 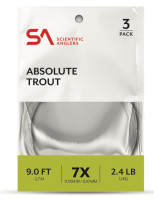 Scientific Anglers Absolute Trout Leader 9ft. 3-Pack
€19.95
We use cookies to optimise site functionality and give you the best possible experience. By further using adh-fishing.com, you consent to our use of cookies for this purpose. More information
OK, got it