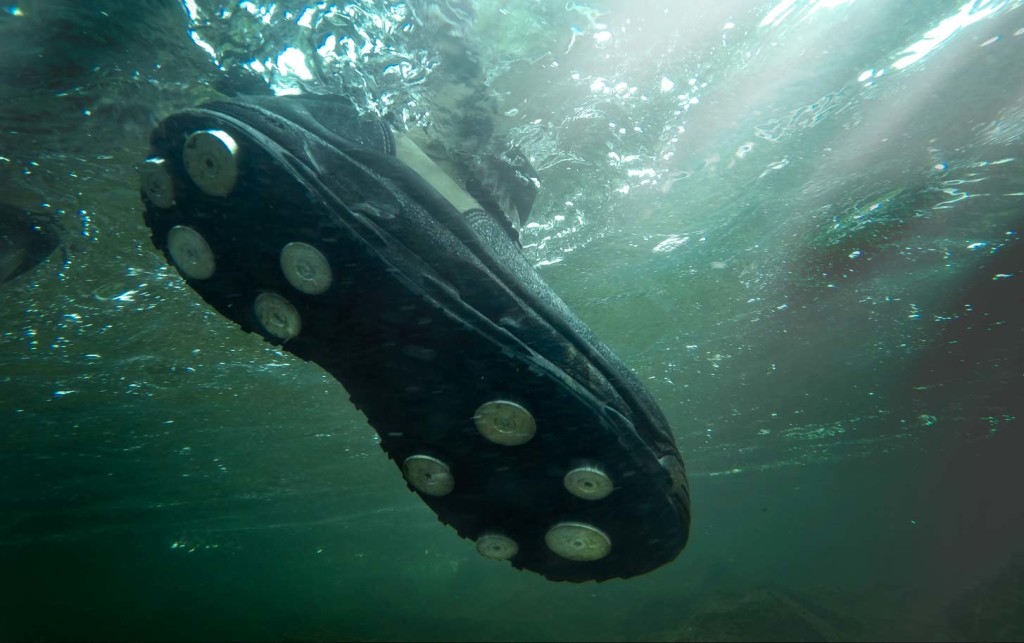 Wade Safer, Wade Harder - Under this motto, Rock Treads from the USA has set itself the ambitious goal of developing the best spikes on the market. Martin Rieck from World Fly Angler has tested the innovative system of Rock Treads on his Simms waders with vibram sole and presents the assembly.

Until a few years ago there was only one question concerning the sole of a wading boot: "Felt or Vibram? And already this one question regularly caused discussions in the fly fishing scene - because every sole has its advantages and disadvantages and its convinced users. In the meantime, in addition to the question of the actual sole material, a second question has arisen: "With spikes or without?". Because if a wading boot is not already sold by the manufacturer with spikes (e.g. by Patagonia or Andrews), then we fly fishers have different spikes at our disposal to give our sole even more grip. Aluminium bars, hardbites, tungsten or aluminium bites. Different shapes, different materials, but ONE central function: To make wading safer!

The assembly of pikes works similarly with most products on the market and is relatively quick. This is different with the innovative spikes from Rock Treads! For the very first assembly you need a little more time - and a little bit of courage. Because the biggest difference to conventional spikes is that they are not only screwed into the sole, but THROUGH the sole. The Rock Trads spikes in the form of aluminium discs are mounted using metric screws that are inserted through the entire sole of the footwear and fixed to the sole by a nut. 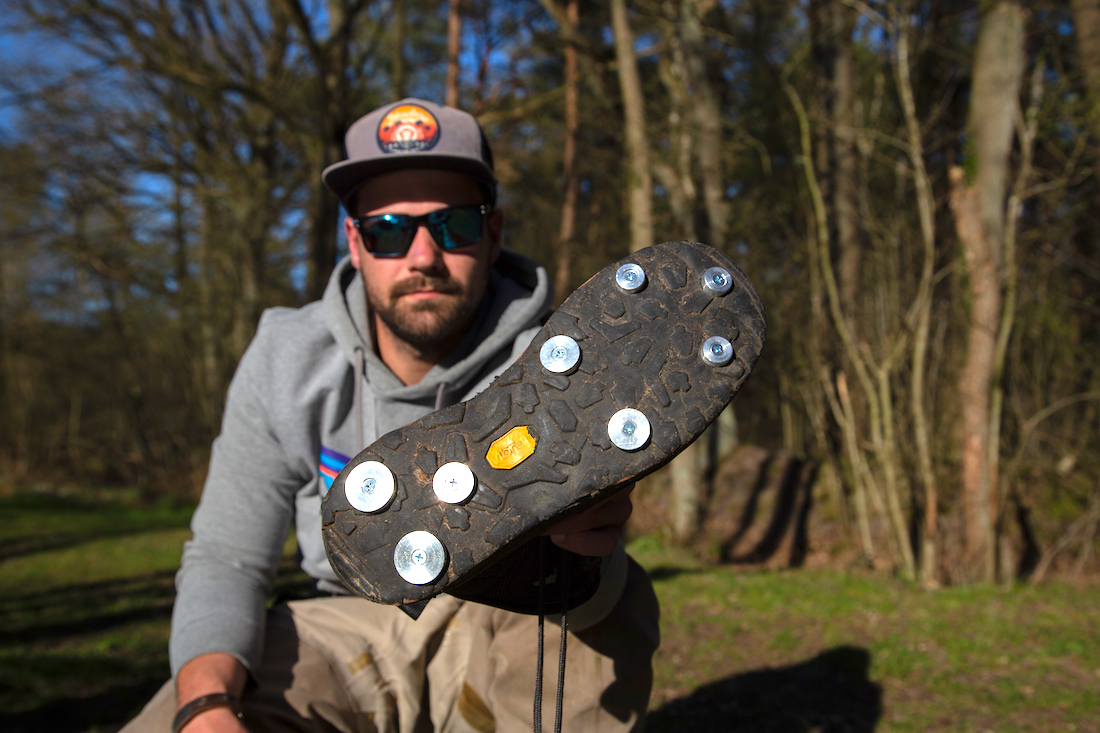 For this purpose, you will receive 24 to 68 screws in two to five different lengths (depending on the system) in the kit. The matching drill and bit are also included. From the discs, 22 discs in 3 different sizes are always supplied, as well as a screw lock in the form of a strong special adhesive. The aluminium discs are very soft and claw much better into the ground (e.g. into a rock). They offer an impressive grip without crunching loudly during movements; as you know it from other, hard spikes. If one or more discs are worn out, they can be bought and replaced. To replace a worn disc, simply loosen the metric screw and simply replace the old disc with a new one. This is very fast and is a clear advantage over the other spikes on the market, because when replacing and retrofitting the Rock Treads, one and the same hole can be used. With other spikes a new hole often has to be drilled. Over time this will damage the sole. It does not matter how long the shoe is worn or how often the spikes are removed, mounted or changed. The sole retains the number of holes you have chosen in the beginning. A big plus for Rock Treads here!

A positive side-effect of using the Rock Tread System is that the connection between sole and shoe is strengthened by the clamping of the discs. 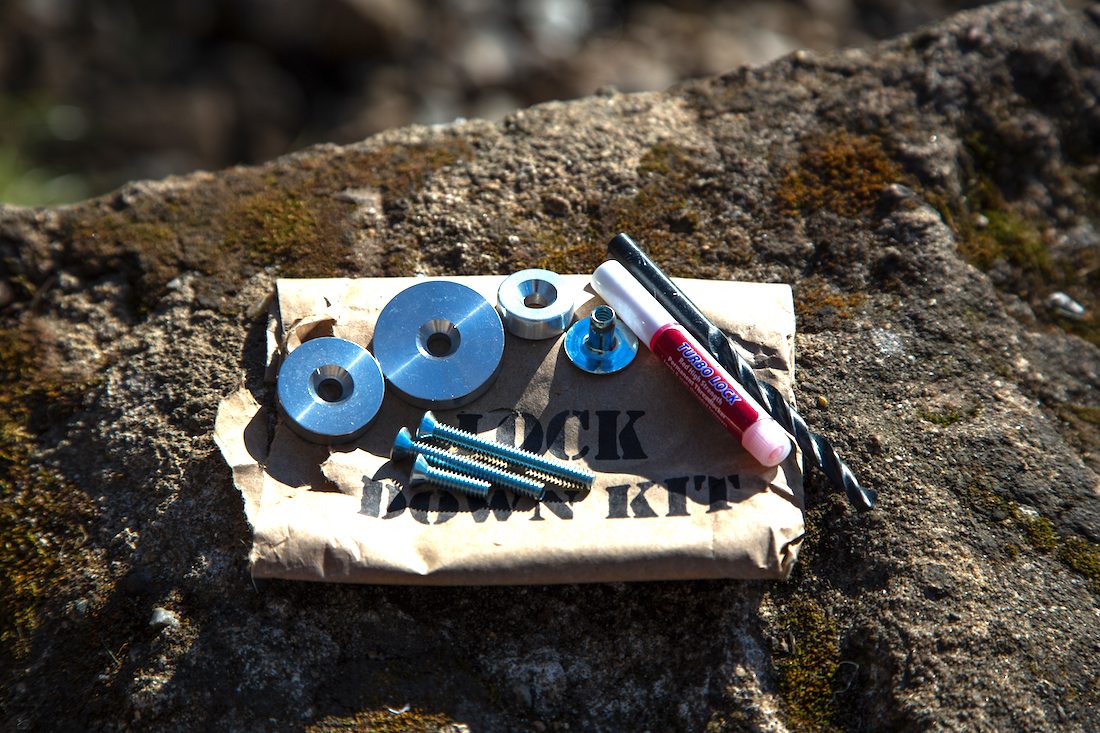 The two Fixed Soles Kits consist of 22 washers (or 22 spikes) in 3 different sizes, 68 screws in 5 different sizes and 24 lock nuts. In addition there is a suitable drill, a bit and a screw adhesive. First the insole (inside) has to be taken out of the waders - so that it is not pierced. At the end of the assembly the insole is put back in place so that the lock nuts are covered.

The first step is to find the right places for the spikes on the sole. On the Rock Treads Homepage you can already find suggestions where to fix the discs. But of course you can also place them individually. To get an overview it is useful to place the discs only loosely on the upside down shoe. If everything fits, the places are marked. In the next step it gets serious. Because now one drills carefully through the sole of the shoe with the enclosed drill until the drill is visible in the inner shoe. Be brave! By the way, it is easier if the shoe is laced as loosely as possible. 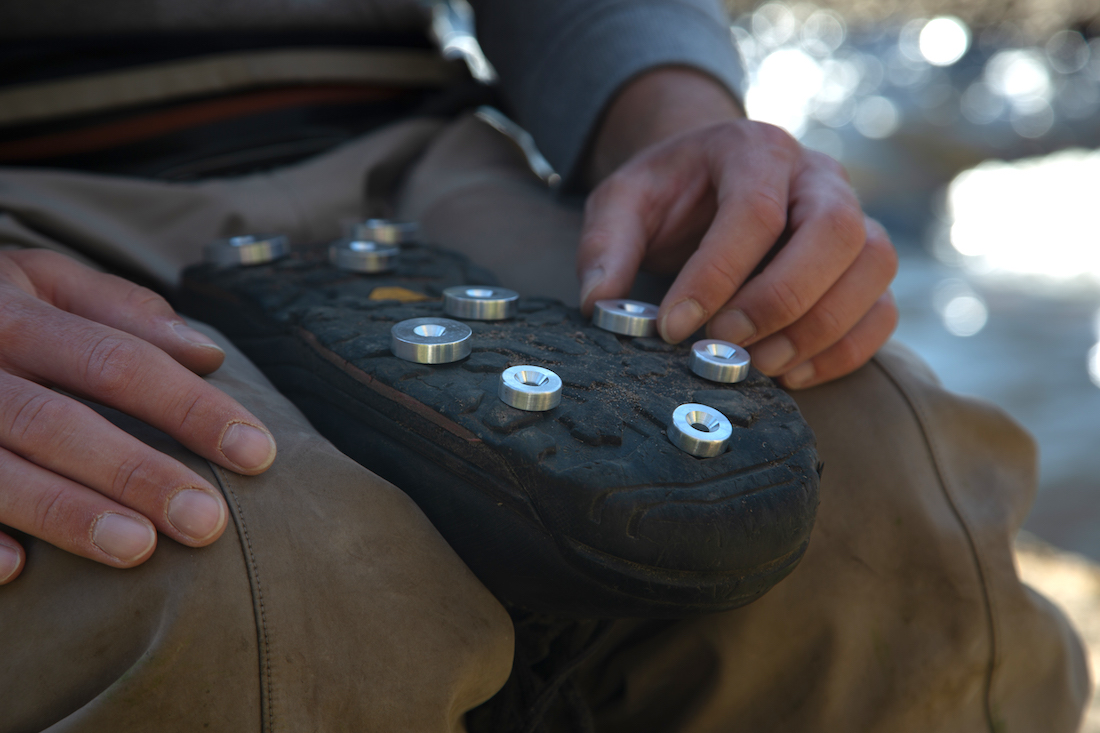 In my case I have 8 holes in my Simms waders after a few minutes. Next, the flattened lock nuts are pressed in from the inside. Now the different washers can be fixed with the screws. The choice of the right screw depends on the thickness of the sole. Here there are already differences between the area of the heel and the toes. Finally the insole is put back into the shoe and the assembly is finished.

Already from the first test I am positively surprised. Because the noise when walking on asphalt or other hard surfaces is much more pleasant than with a classic Hardbite. This will also be noticeable underwater on stones etc. The flat lying nuts inside the shoe can't be felt due to the insole and the footies of my waders. One of my initial fears has thus been allayed. What is noticeable, however, is the enormous grip on many different surfaces like overgrown stones, tree trunks, bladderwrack or the like. I was very impressed during the first test on the trout river and on the coast. Because the shoes comes to "stop" very quickly through the discs and you don't slip downstream when crossing the riverbed, for example. Already at the appearance a clear hold can be felt directly. 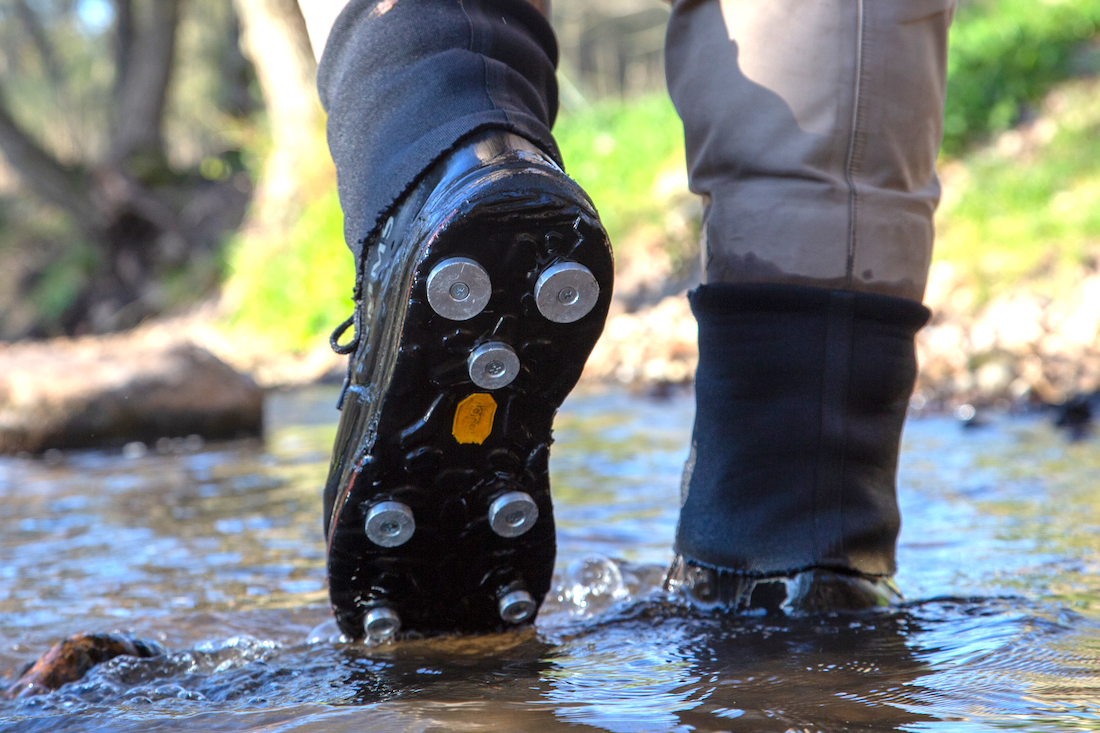 In the beginning I thought that the Rock Treads are only for retrofitting with "old waders". However, after the first experiences I completely changed my opinion. Because the aluminium spikes of Rock Treads are not only suitable to keep old soles alive, but I would also screw them into new waders without hesitation. And in this context the somewhat daunting initial mounting of the discs makes sense. Because if a wading boot should accompany a fly fisher for several years, but the Rock Treads discs are replaced when necessary, it is not necessary to drill new holes again and again. In terms of sustainability, this is a great advantage over other, conventional spikes. Simply loosen the screw, put a new alloy disc underneath and fix it again in the same hole by means of the screw. Very simple! And if you want to fish  without the disks completely for a fishing trip? No problem! Just remove the disks and screws and leave the nuts in the shoe so that you can quickly screw the disks back on again if necessary.

All in all a very flexible and well thought-out system! With a conventional spike, which is simply turned into the rubber or felt sole, it is not advisable to attach it more than once at the same place, because the sole can be destroyed by the screws in such a way that the spike no longer finds a hold.

After my extensive tests at the Baltic Sea and in the river the Rock Treads leave a very positive impression on me. On all surfaces I had a very good grip and would not hesitate to pierce my Simms waders again anytime.