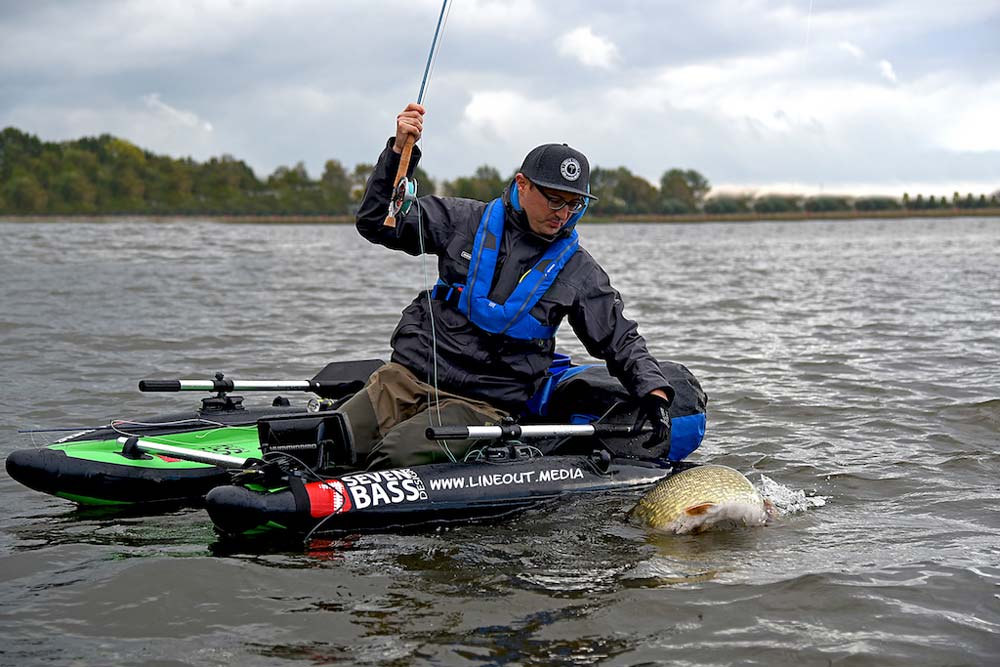 Reed belts, lily fields, dead wood, drop offs, overhanging branches and bushes. All these structures are prime habitat for prey fish and hence excellent hunting grounds of Esox lucius – and thus highly sought-after hot spots for us, anglers. However, only in rare cases are we actually able to fish in such areas. More often than not are muddy riparian zones, dense vegetation, limited casting distance and private property locking us out of these places. The remaining options? Right, fishing the few and far between spots that are accessible, consequently overrun and rarely as productive as their potential suggests. Not exactly the brightest of prospects. Options to overcome these hurdles are fishing from a boat or float tube.

Why fishing from a float tube?

First of which is however connected to a multitude of downsides such as: relatively high asset costs of boat and trailer, impractical transport, dependence on slip ramps and the potential need for a boat license … to only name a few. The second option, the float tube, bypasses all of these inconveniences. It has an affordable price tag, fits into any car’s trunk, can be carried and thus eliminates the need for slip ramps. Certainly, a float tube is unable to provide the dry comfort of a ‚real boat‘ but it takes you way closer to the fish and into the action. This is why only few fly fishing disciplines create such an intensive experience as pike fly fishing from a belly boat. Simply breathe taking to dive so deep and intimate into the world of Esox lucius. Sitting in the water rather than above it seems like as if float tube fishing sharpens your senses. The take, fight and especially landing a big fish appear much more intensive and certainly add to the addictive potential of float tube fishing.

Comfort and safety
However, not only the fun factor and the obvious fishing advantages have contributed to the boom of belly boat fishing in recent times. Also the technical progress these inflatables have passed during the last 20 year certainly helped with pushing their popularity. Not long ago you would have found yourself in a doughnut shaped, anti-streamline hoop arduously struggling over the water surface. Additionally the sub optimal seating position left you hanging in the water rather than above it. In contrast to these old-timers modern models are V-shaped and feature floating seats and back rests resulting in much improved maneuverability and comfort with a sitting position above the water that promotes casting. Furthermore, most models incorporate several separately inflatable air cells raising the safety factor considerably. Though, this should not motivate you to go without a lifejacket, people who find these uncomfortable and bulky are welcome to choose a model that automatically inflates when in contact with water or another kind of safety system.

Landing a Zander by hand

Pimp your float tube!
Dispensable yet extremely useful standard accessories for float tubes are foldable anchor, buoy or marker and rod rests. The anchor enables to fish a promising spot longer and more detailed without being drifted off by winds or current. Also in case of a following fish turning its back just under the rod tip the anchor helps to set up another fly by preventing you from loosing overview and eventually the spot. Even better if you are now carrying multiple ready setups on a rod rest. This safes precious time and you can rapidly present another offer to that fish which could well have been the Big Mama of a lifetime! Given the case the fish happens to reject further offers you can pull another trick and mark the spot with a buoy to give it another go when time and hopefully wariness have passed. Also bear in mind the safety factor an anchor provides. In some hairy situations there is nothing left but resting your tired legs or sitting out an unforeseen change in wind direction on the anchored float.

Which flippers?
That brings us to the point of locomotion. Essentially there are two common types of flippers that can be distinguished. Firstly, models that are worn over usual wading boots. Admittedly these types of flippers are not exactly energy efficient due to the bulkiness and additional mass of the boots which hampers forward motion. The advantage is that already existing boots can be used to get to the water as well as in and out of the float. An alternative which in most cases is superior to these types are professional fins with heel straps in combination with thin neoprene socks protecting your wader’s neoprene footlets. Such fins are more energy efficient. In general wearing shoes or neoprene socks under the flippers or fins is especially useful when changing location or leaving the water multiple times per day.

Advantages?
Fishing from a float tube opens up a broad range of possibilities. On the one hand hot spots like those mentioned above are suddenly in reach of the fly rod. On the other hand also typical boat fishing spots can be fished such as open water, far out weed beds, plateaus and structures like bridges and harbors. Another interesting point to mention is the fact that your  your fly is fishing from the shallow into the deeper water unlike when fishing from the bank. This can be an advantage because the supposedly easy prey, your streamer, leaves the protective cover of the shoreline making it more vulnerable. Such an offer will not go by the watchful eyes of Esox lucius. In the opposing case, when fishing from the bank the pike will have to decide whether or not it is worth chasing a prey which already is heading towards the safe structure of the shore. Especially on days when pike and other predators are not that active and aggressive this might give you a little edge. Last but not least float tubes are in many cases not regarded as a hazard by fish which reduces the chance of spooking fish compared to a wading fisherman who will easily scare a cautious pike.

Versatility
Float tube fishing by far extends the realms of pike fishing. Theoretically and practically it is worth fishing from a belly boat for the majority of fish species except the typical trout and grayling waters. Sea bass on the North Sea. Sea Run Brown Trout, Cod and Garfish on the Baltic Sea. Lake Trout, Bass, Pike perch, Asp, Carp, Catfish and Whitefish in larger lakes and rivers … You name it! The only limiting factor regarding these options is safety. Always regard safety as the number one priority and you should be good to go. In order to frame your trip as save as possible you should: carry a cell phone in a water tight bag or backpack, wear a lifejacket and bring an anchor with a sufficiently long rope. Moreover, don’t ever hit the water without company, especially as a novice and communicate your planned arrival time. Also flare and noise signals can turn out extremely useful in particular when fishing waters prone to mist and fog formation. In case you are planning a trip to coastal waters or large inland water bodies make sure to study the weather forecast, tidal charts, currents and winds prior to watering your float tube. The last few lines might have been a deterrent read, however arguably and most certainly the way to the water in your car is more dangerous than sailing along in the float on the nearby lake :)

Get addicted!
To conclude it can be said that everyone who ever fished from one of those ‚inflatable tubs’ leisurely cruising along while catching fish in one of the most exciting ways will most likely be grabbed by the float tube virus. Only recently two friends told me about their first mutual float tube trip and the permanent smile on their faces which wouldn’t let loose. Simply amazing!

Nowadays there are many good float tubes out there and models such as the ‚Guideline Drifter‘ (see video below) or ‚Outcast Super Fat Cat‘ offer great value for money and belong to the most frequently sold tubes in Europe. But even floats with a lower price tag like the ‚Keeper‘ are more than enough to gather first experiences. Once you have fallen in love with the beauty of float tube fishing and days on the water are increasing you will most probably opt for a premium model anyhow.

Enjoy your ride and tight lines! 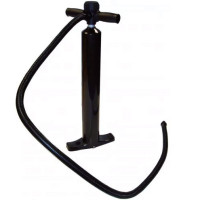 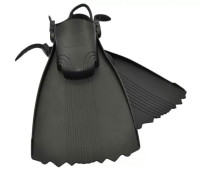 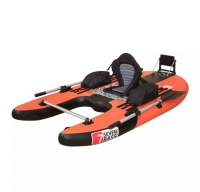 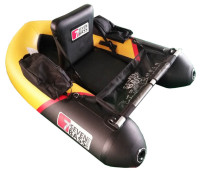 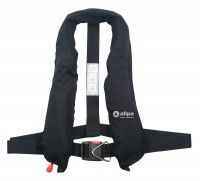 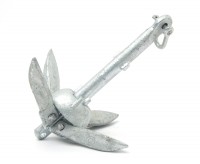 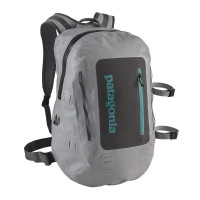 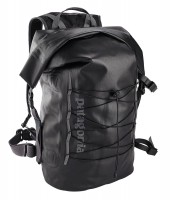 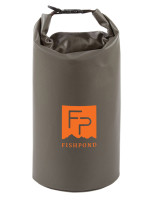 Fishpond Tunderhead Roll-Top-Dry Bag
€59.90 *
Order No.
P-15014
We use cookies to optimise site functionality and give you the best possible experience. By further using adh-fishing.com, you consent to our use of cookies for this purpose. More information
OK, got it